I have figured out why I love words –

The rest of my life doesn’t like to stay where I put it down last. Put the clean dishes away in the cabinet…only to get them out again for dinner. Vacuum up all the dog hair…only to see it pile up again or blow away as you try to sweep it up! Wash, fold, put away the clothes…only to, yes, wash, fold and put them away again.

My kids. I’ve tried to make a deal with each of them to stop them from growing up so fast. I told my daughter I wouldn’t allow her to turn 4, just wouldn’t allow it. Then, when she didn’t listen to me and was on the heels of turning 8 I told her this, “Ok, so, how about you don’t turn 8 and I’ll forgive you for turning 4, 5, 6, and 7?” Again, she laughingly declined and actually turned 9 this year! Not what I call being still!

But put words on a page…they stay! It’s magical. No treat, reward, or “good job” required. I can even move them around if I want to or throw one of them away and no one argues with me. I didn’t hurt anyone’s feelings or hear, “That’s not fair, you kept contentment last week!”

They also seem to tame what feels like chaos in real life. You describe a birthday party with 50 children running around pinning the tail on the donkey and someone says, “Oh, that was a beautiful story.” “She wrote that so well! I felt like I was really there.”

No, you didn’t. You felt a 10th of what it was like to be there! War scenes, Bible stories, feelings of depression, hurt, sadness, joy, words can only express so much. It can cause the reader to imagine him or herself at the scene, but yet, words can often shield the brunt of the blow.

It’s almost as if words can funnel me into the eye of the storm. I shared in a previous post why I write. Writing is just a usual part of my day. It’s a part of who I am and how I process the things constantly whirling around me.

Words bring me to a safe place. They describe the reality of today, yet quietly. I know it’s loud all around me, but when I’m reading and writing words, I feel cushioned by them. Words drown out the enemy’s lies. When I’m sitting with my journal or typing on the laptop, I don’t hear the negative, falsity laced whispers. I hear them after I push publish, but while I’m writing, I’m in my safe zone. 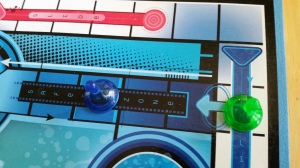 God also loves Words. I love that. He became the Word. Became it.

With this Word, I do have a refuge from life’s tornadoes. When I’m with him, it is true, the enemy cannot hurt me. His words do not stick on me.

When I’m with the Word, He lessens the blow of tragedy, sorrow, and hurt. He joins me in my joy and gladness. He delights over me with Words of loud singing.

He stays. He doesn’t move. He isn’t easily offended by me. He would let me erase Him, yet knows I need Him alone to fill the blank space of this life.

The Word of God. It doesn’t get much more basic than Words.

“Through Him all things were made that has been made. In Him was life, and that life was the light of men. The light shines in the darkness, but the darkness has not understood it.”

In my own words: Through Him every sentence is made that has been made. In Him words have meaning and significance. Our words can give light to the dark places of this world. But the darkness doesn’t like words that bring light, because then they can’t be darkness anymore.

So what stays still, yet holds great power? Not the ocean and not the sun. Words! And that, my friends, is why I love them.